Sunrise over Llanddwyn Bay at the Southern end of The Menai Straits.

I took advantage yesterday, Thursday, of a brief one day break in the weather to drive to Llanfair PG on the Isle of Anglesey and complete my circumnavigation of the island, by filling in the missing stretch from Dwyran almost to the Menai Suspension Bridge.

I parked Zud at Llanfair Pwllgwyhgyll, and joined The Wales Coast Path, which is also the Anglesey Coast Path and for a while followed the erratic course which sometimes shared with the main road, and other times disappeared into very wet farmers’ fields.

I quickly got fed up with this and played my trump card which allows me to walk the foreshore.

This is the highest form of coastal path walking being right next to the incoming tide. Get it wrong and it’s called swimming. I was also in Gollum territory. 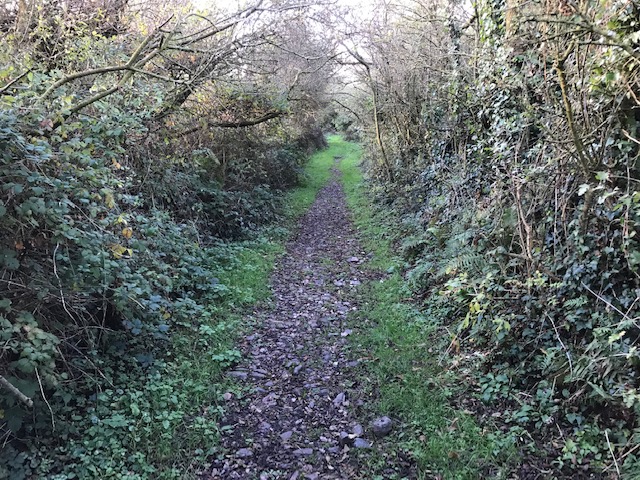 One disadvantage is having to walk on a variety of shingle, sand, mud pebbles and boulders which stretches all your tendons, ankles, muscles, blisters and sore toes.

Eventually, the wear and tear got to me and I could no longer ignore a persistent pain at the back of my less favourite leg, which I was pretending didn’t exist..  cos I have difficulty reaching the other ends of my legs.

I found a pallet washed up on the beach left in such a position that I could rest on it while I removed my boot and investigate this possibly terminal walking affliction. After uncovering and undoing several layers of socks, trousers and laces I found a trouser toggle bound up in the protective layers which was pressing directly on my Achilles    heel. The tighter I tied my laces the more damage I was causing.

Undoing the lace. Relief was instant.

Emergency over. Toggle repositioned and my walking career no longer in tatters . Walking was bliss again. Still can’t work out why there was a toggle at that end of my trousers and why I’d never noticed it before.

Snowdonia on the opposite bank of the Menai Straits

The rest of the walk was uneventful, although I still had to traverse several dozen fields after I left the shoreline, to rendezvous with the bus route that would take me back to the car. It was now getting dark and the Hi- Viz jacket was deployed as the traffic on the A4080 was unforgiving.  I had walked 15 miles this day, by the time I got to the bus stop.

It was only after I was securely boarded on the 42 Bus that I remembered I had now completed walking round Anglesey, and with a certain amount of satisfaction and smugness I broke out the Cadbury’s chocolate buttons.

I was soon back with ZUD and on my way home, arriving by nine o’clock in the evening , having been on the  move since seven this morning.