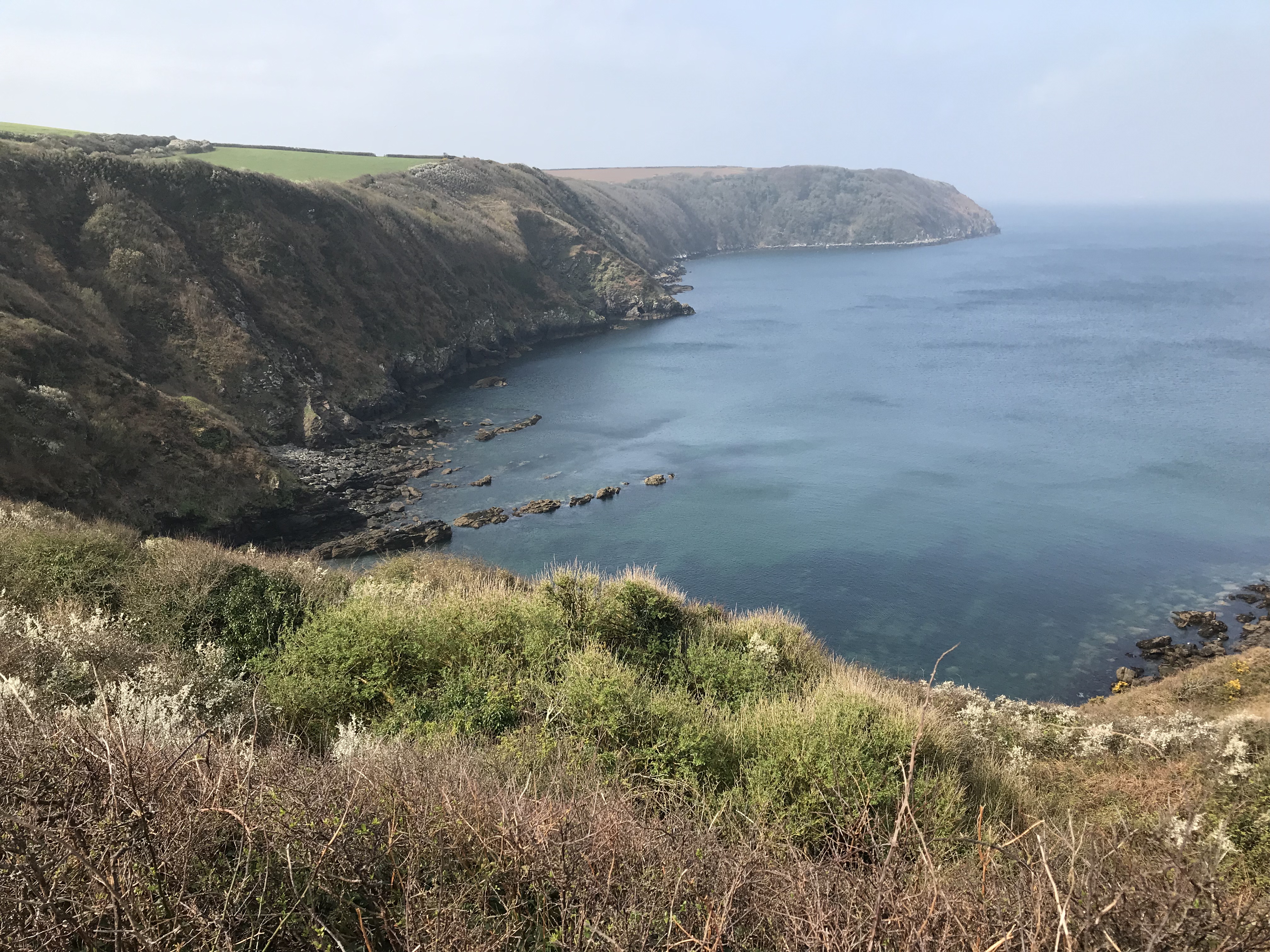 RNLI at LittleHaven – add to RNLI collection. Closed when I visited! 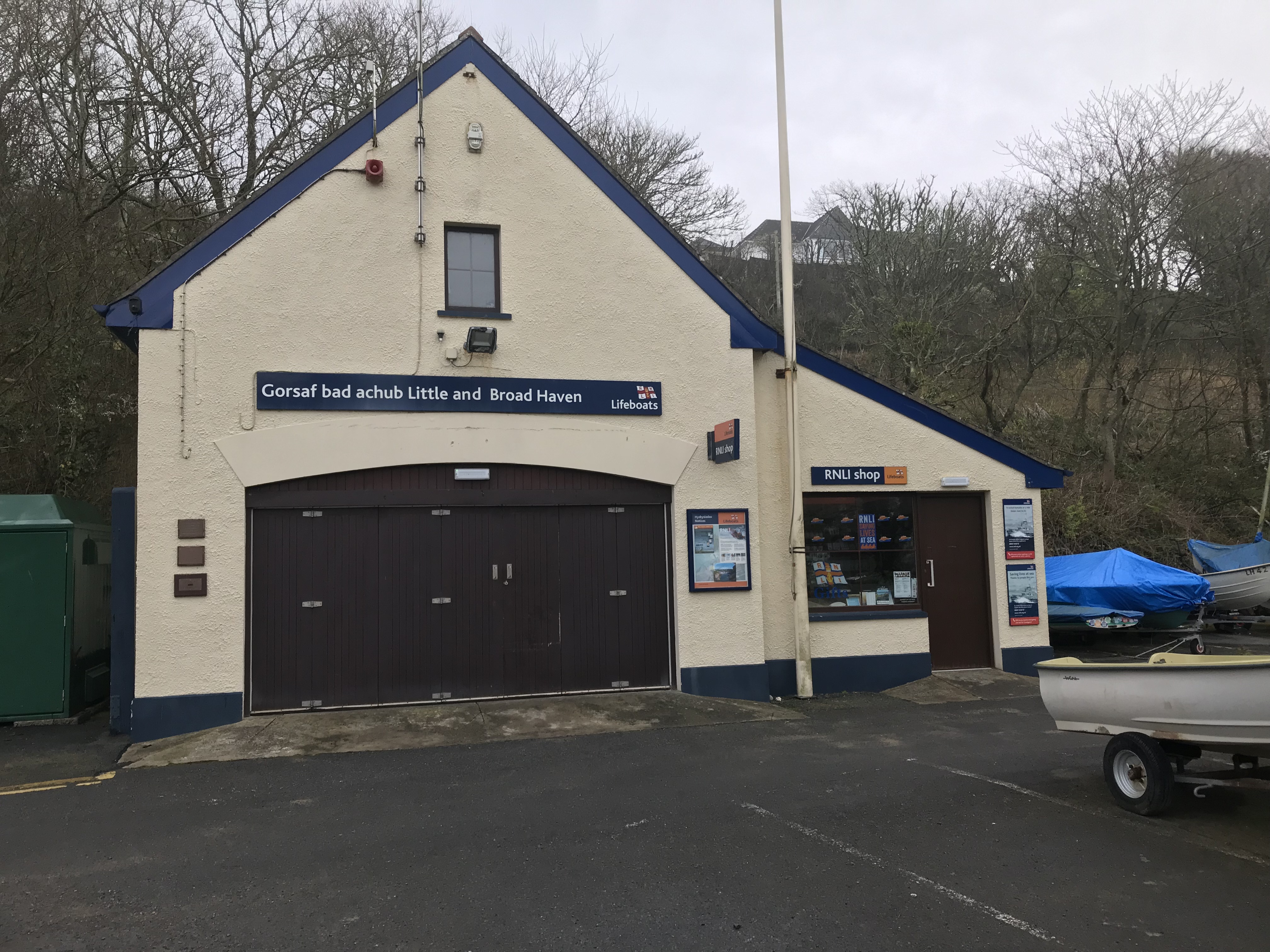 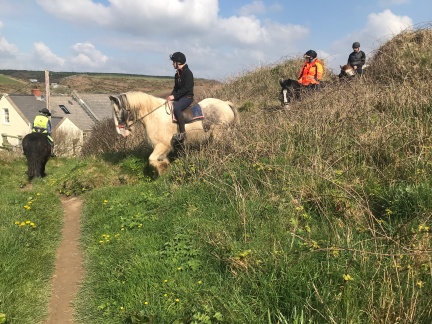 Twice I got escorted by pony trekkers  on this trip – maybe I should get a Norse?

Sorry about the panic – my unfinished blog contains errors and omissions and now we’re rushing off again – where we won’t be walking any coastline… instead we’re stuck in the heart of Europe on the original Exit Brexit day. Berlin has very little scope for coast walking. A very sad few days as Nanny and I attended Christa’s funeral.

She was coming to visit in the spring.    A very lovely lady. We’ll miss the phone calls.

It all took the edge of this last Wales Coast Path trip – quick summary – All in two different pictures – below – the finish at Newgale Sands which extend for several kilometres and where I pick up the trail next time out- just to whet your appetite – bring yer togs! C’mon in the water’s  FREEZING! 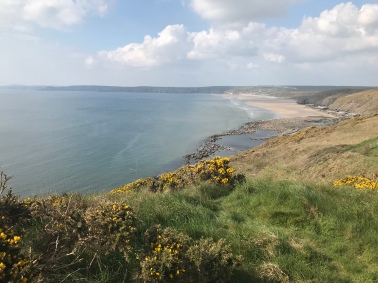 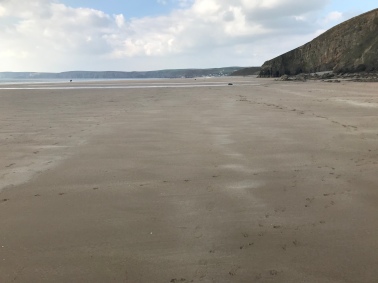 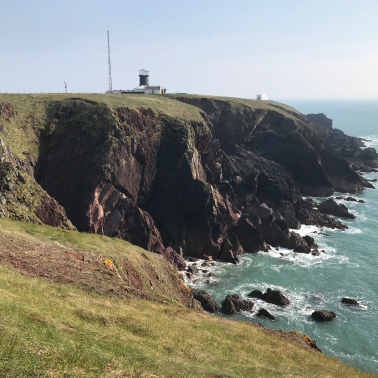 Nanny, Bobl and Nobby took off this last weekend to stay in Haverfordwest whilst walking the Wales Coast Path in South Pembrokeshire for three glorious April days – a fourth day was abandoned when our luck ran out and we awoke early  in the morning to a misty, damp atmosphere that portended worse to come. We cashed in our chips at 35 miles for the first three days. An excellent return at this time of year. Grand total mileage round England and Wales is now 4,116 in 335 days. And then we took off unexpectedly to Christa’s funeral in Berlin. So unexpected. So sad.

Meanwhile – back on the Wales Coast Path…

Aside – we don’t get much opportunity to complain but two incidents warranted our amused moan to relevant authorities. The normally excellent Premier Inn at ?, unfortunately lodged their noisiest occupants in adjoining rooms to ours. I eventually dropped off but Marilyn tells me they kept going most of the night!

Another chips story emanated from the adjacent eatery whose curious name , The Lost Coin, suggests they were losing money. When asked if my meal was ok, I happened to mention that my scampi and chips was a bit light in the chip department to which I received the reply “Everyone says that?”

Ordering another side of chips was suggested without it being clear who coughed up. So nothing happened except that we established they had set portions of chips! At least my waist line remains sylph like.

Anyone analysing my walking progress will note the decline in daily distances- I put this down to too many chips, returning from hibernation, slippery tracks, frequent steep climbs and very irregular winding paths and age! Simple!

Progress Map below by courtesy of Ordnance Survey showing my overall route around England and Wales, including Hadrian’s Wall and Offa’s Dyke. The circumnavigation of England is complete, with about 250 miles left to finish the Wales Coast Path  – mainly Cardigan Bay.

Getting weary towards the first day’s end- slow going from the St Ann’s Head to Dale. I seemed to be walking much further than recorded. 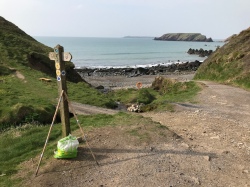 Day two or Sunday was the same pleasant weather of sunshine and light wind. Early supplies of sunblock were in order. The pictures above show progress from Dale to Martin’s Haven with Nanny in the last photo coming  to greet me for lunch.  After a suitable break I made it to Mill haven before retiring with twelve more miles completed

Nanny was waiting with Nobby at the end after another twelve miles today. What will tomorrow bring?