On the last walk from Pwllheli via Criccieth, Porthmadog to Harlech and finishing at Llanbedr, I was joined by Mark and, in particular, by Justina with her camera. This is her  take on The Walk….

Restarting at Pwllheli after a planning session 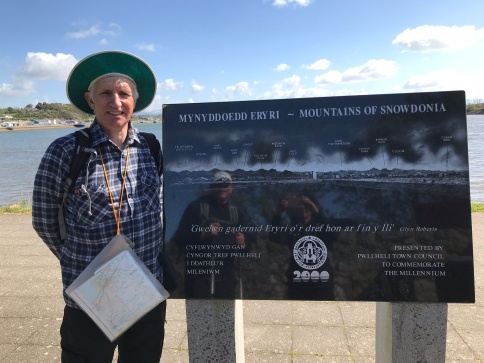 Pwllheli lifeboat station – and the chart naming the hills on the horizon which can clearly be seen in the backgrounds..using a half decent camera

And a stranded shark

End of day one at Criccieth below 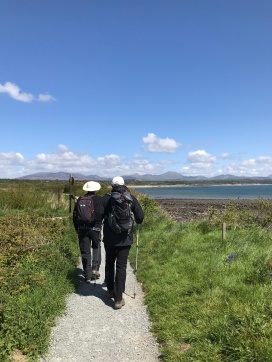 Mutiny  – Time for ice cream while Bobl walks on to RNLI Criccieth and the rendezvous at Dylan’s and day’s finish.

Restarting at Dylan’s in Criccieth through Porthmadog, Lunch,  Portmeirion, Pont Briwet and finish at Railway halt at Llandecwyn 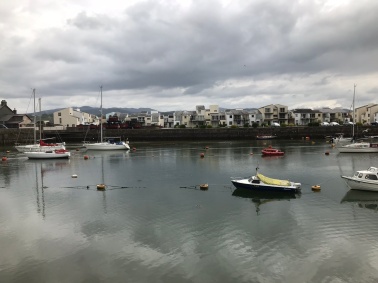 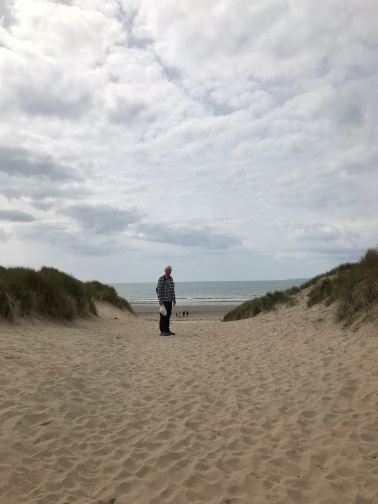 We arrived in Harlech for lunch rendezvous with Marilyn and a final stroll to the beach through Royal St David’s golf club and farewell to Justina who had her transport back to Porthmadog waiting.

I trudged on alongside the railway line seeing how many stations I could collect.

Starting with the Harlech cliff to Llanfair which did for me – and no station! I got to

Llandanwg followed by Pensarn, then had nothing left by Talwryn-Bach near Llanbedr. After 50 miles in four days, Nanny and Nobby miraculously appeared and I was whisked off home….