Happy Birthday to Stan and Jake next week ⚽️!!

We’ve been tinkering with The Progress Map, courtesy of Ordnance Survey and have a fresh supply of Black Worms supplanting the Crimson Species. Actually my marker pen dried up, so it was time for a change. 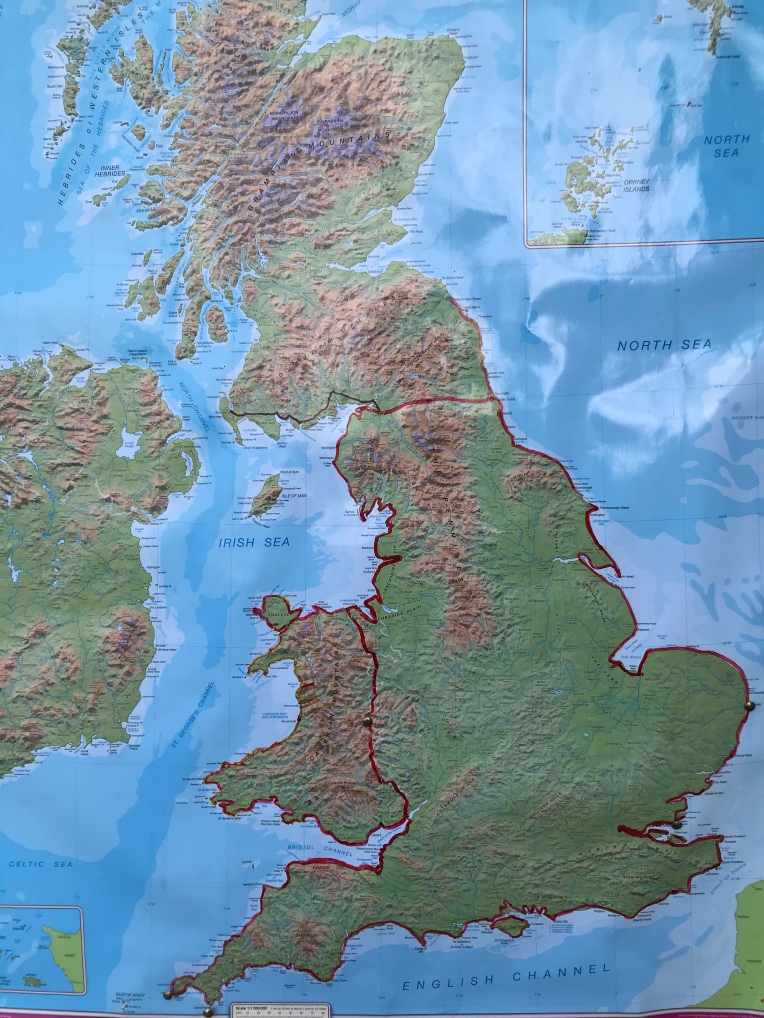 To recap –  the overall map of Britain shows that I have completed walking round England and Wales. This happened in November 2017 and July 2019, respectively. 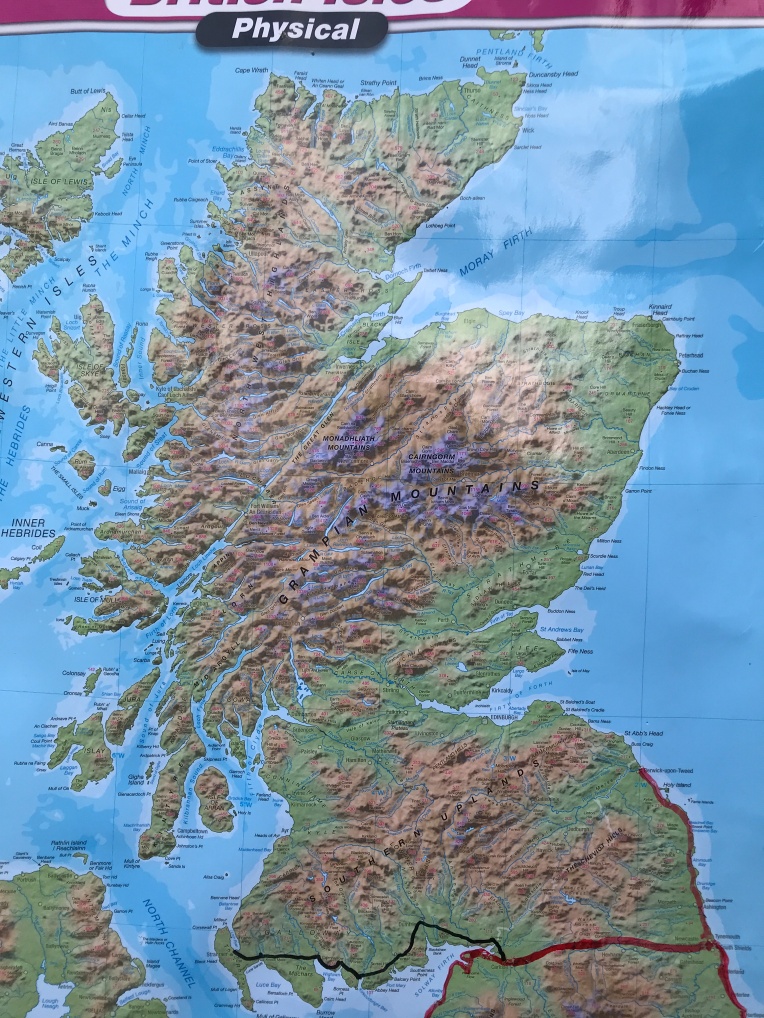 The detail map of Scotland introduces the new Black Worm starting from Carlisle over the border to Gretna following loosely the A75 with visits to Annand, Dumfries, Dalbeattie, Castle Douglas, Kirkcudbright, Twynholm, Newton Stewart, Glenluce and temporarily fetched up in Stranraer, heading for Ayr next trip. Not forgetting a diversion to Mull of Galloway – southernmost Scotland!

My Scottish route started at Gretna Green alongside the upgraded A75 which rendered it faster for traffic but not necessarily safer for pedestrians. The excellent Stagecoach West Scotland 500 and X75 bus services used the same routes.

The clip below illustrates my confusion captured first day disembarking the Stagecoach bus on the A75 where I’d previously finished last trip. With no refuge.

guessing when to push the bus stop bell;

the bus dropping me in the middle of nowhere;

knowing I would get to see the bus several times today if I didn’t get lost;

the drama of trying to capture it on “film”- it was meant to be a photo not a movie ;

the high speed intrusion of a car;

three minutes earlier I had been dozing luxuriously in the comfort of this express bus and now I was unceremoniously disgorged on the roadside.

Let me know if it works!

I’m still learning how to drive this blog!

The speeding car did miss me!

and in future the quality will improve?

There were some alternative back lanes, tracks, military roads, realignments, lay-bys and service roads, but negligible signed footpaths. The photo below shows the cycle lane/footpath merging with the highway. 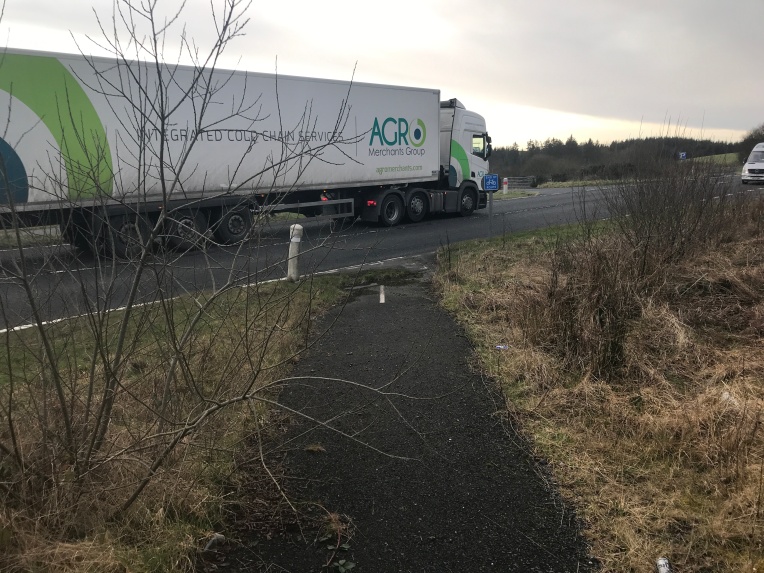 Interesting – there are miniature “Give Way” markings!

Anyway I’m pleased the A75 finished on entering Stranraer, let’s see if the A77 outa-there towards Ayr improves anything.

I have the Mull of Galloway Trail to look forward too before then.

But the weather was fantastic, for February in Scotland. The bus, logging truck and lorry drivers were helpful and generally gave me a wide berth. Too close and the backdraught would knock me over .

Whenever I managed a concerted diversion away from the traffic, the noise and nuisance disappeared and the countryside of gently rolling fields and occasional woodland was serene.

A word about routine and weather. There may not be many pictures, and no selfies, once underway I’m reluctant to stop for other than the most necessary reasons. Listen and learn while I describe a (shall we say?)  photo opportunity, or more precisely the disrobing required to take that opportunity.

Are you sitting comfortably ?

A road sign foretold of deer on the loose. The undergrowth nearby is disturbed and a young deer is startled and breaks free a few feet from me.

Brain triggers such a photo opportunity is probably worth it. Go for it.
Remove rucksack; stow walking poles.
Remove mittens and stow in zipped pockets; the sun might be shining but the heavy frost hasn’t cleared if it’s not yet mid afternoon

recall Nanny altered fingertip id, but don’t recall to what…

Accidentally locate food and drink – and –  no surprise sample same

This actually happened, only the names have been changed to protect the deer…. to prove it – there is no deer picture.
Incidentally I no longer tootle at anyone taking relief since it’s happened to me😩….

I hadn’t quite got to the bottom of things,   still several insulating layers to go, but anyway-  you get the picture?
Or not!

Here are the surviving pictures 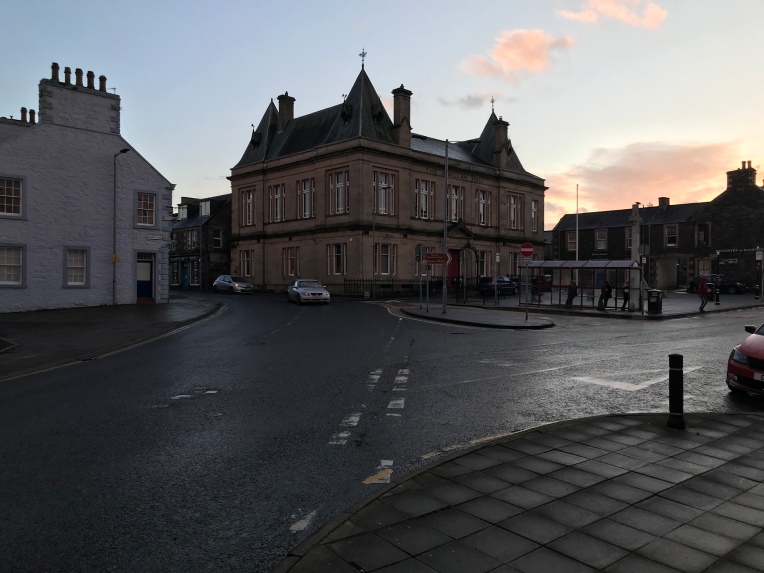 MacMillan Hall – the transport hub in Newton Stewart. The Crown b&b just down the lane and my mega bus pass gave me bus freedom for a week. The Crown’s huge breakfast, including porridge and haggis (different plates) ensured no other meals necessary, and I returned home still overweight.

Genealogy note- MacMillan was my very late Granma’s maiden name; she had sisters Dorothy and – wait for it- Victoria Jubilee! What foresight of my Great Grandparents to name her futuristically after two not yet built tube lines.

Perhaps our G G GKids will be High Speed One, Two and Three…..

Below- Wigtown Bay sunrise from the A75 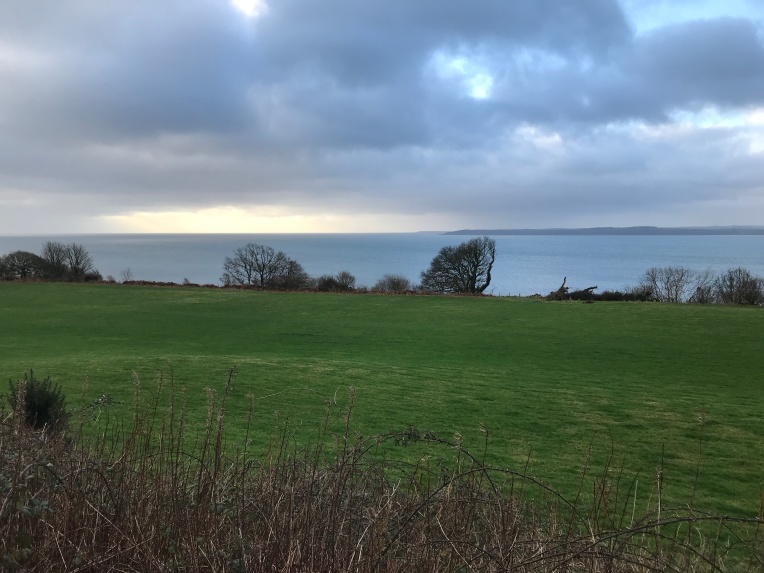 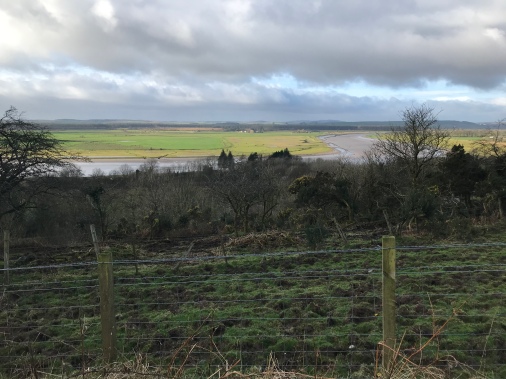 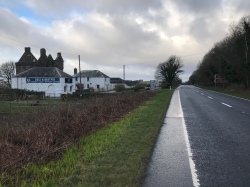 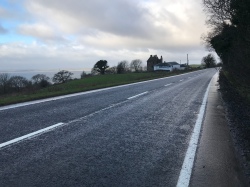 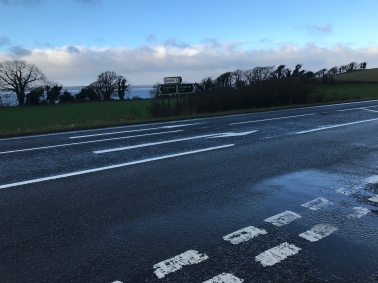 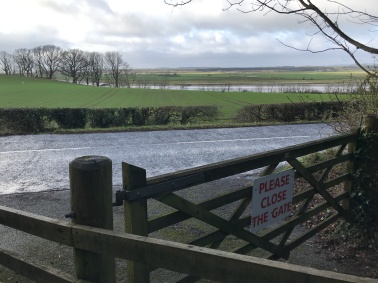 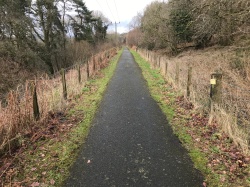 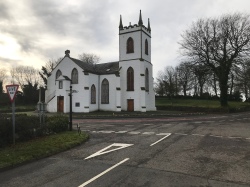 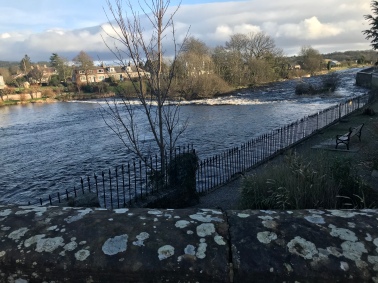 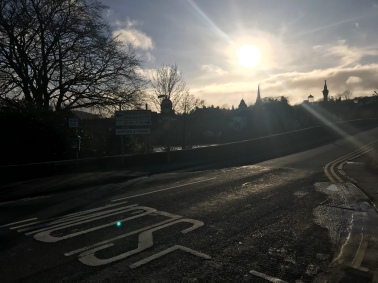 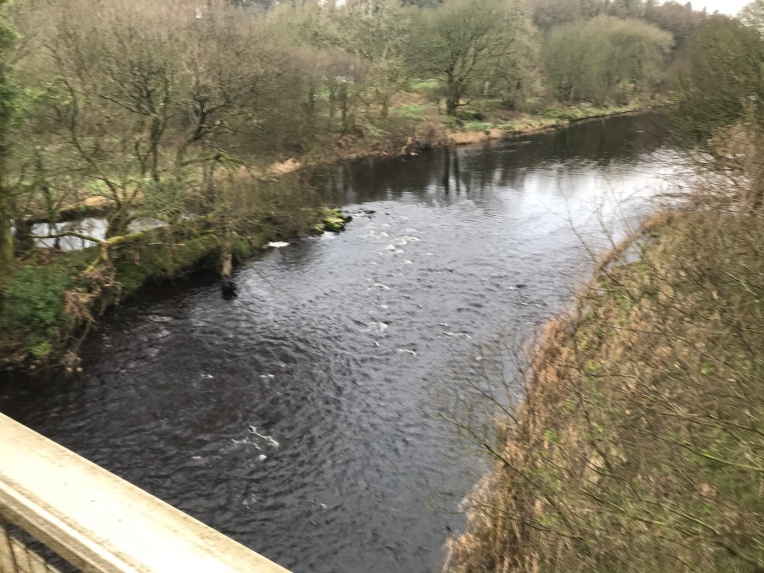 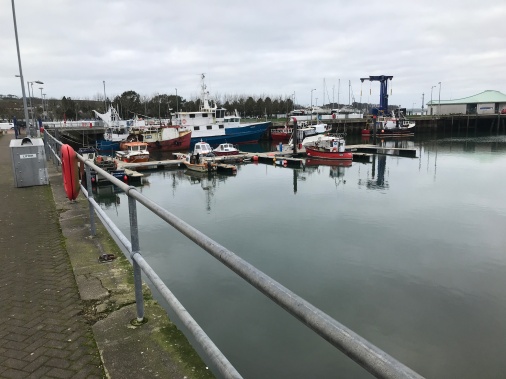 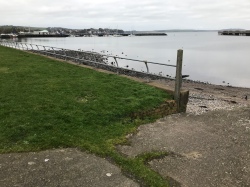 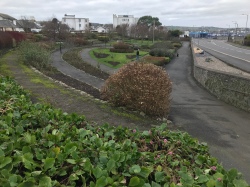 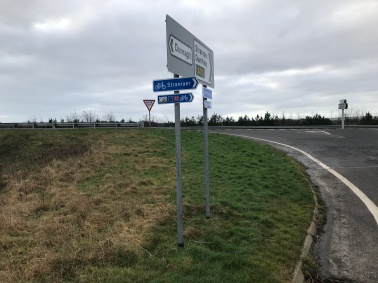 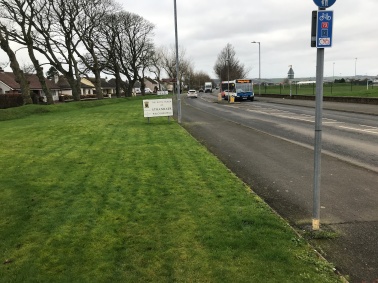 But next time on returning to Stranraer I must complete the Mull of Galloway Trail to the most southerly  part of Scotland- the A75 will be a distant memory.