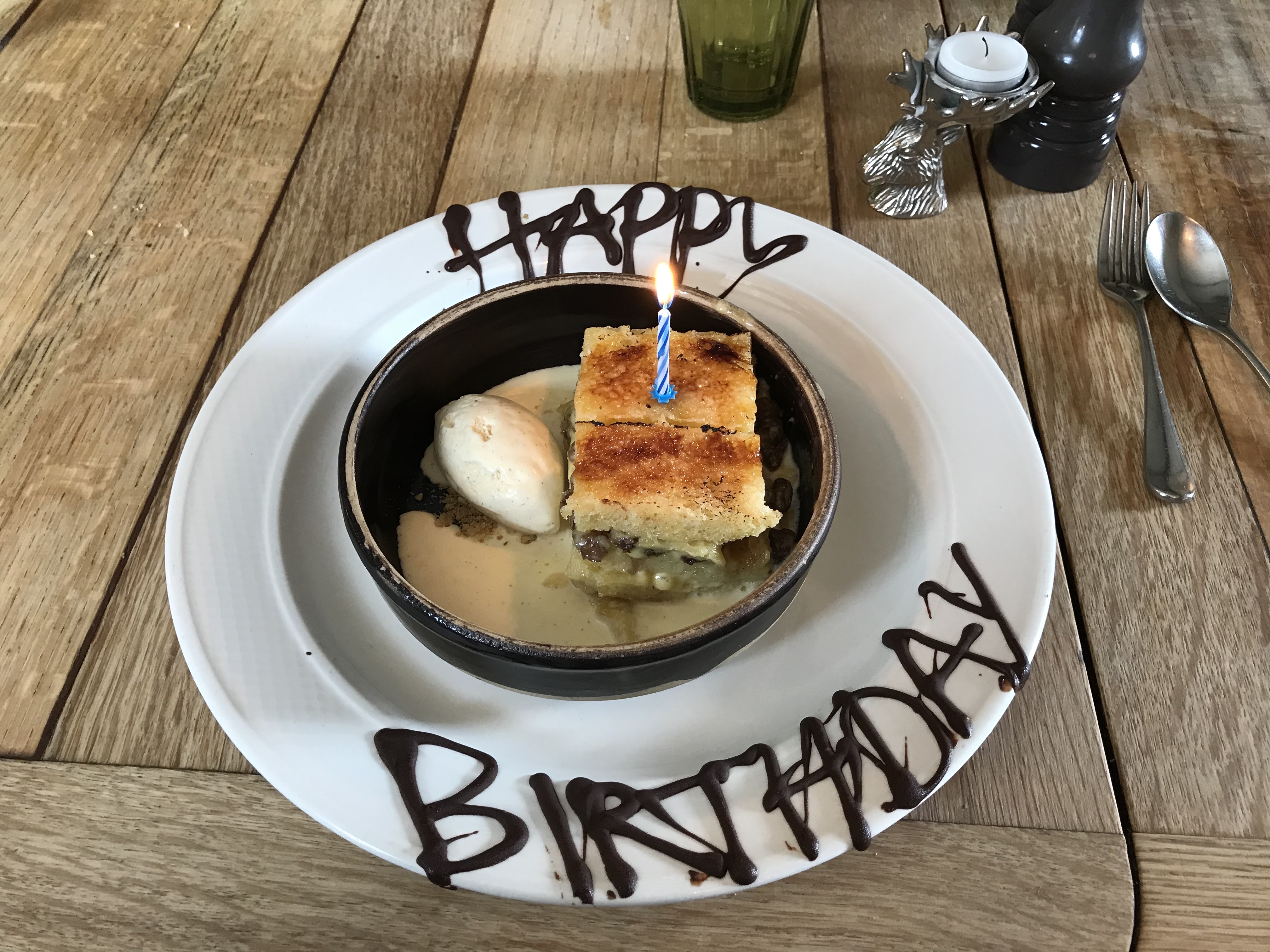 He was one for the forty fifth time on Friday

The  crimson worms are leaving quite a trail around Aberdovey, particularly following our previous February visit to Tywyn and Aberdovey to climb Cadair Idris with Stan and his pals. Add to this the 12 mile trek from Aberdovey inland to Machynlleth to cross the R Dovey  and I’m getting maximum use out of OS Explorer Map OL23 and there’s still the return journey to the coast from Machynlleth to Borth.

Dear Rosie (have a nice birthday party on Friday), Lauren (   Good luck with song on Friday ),   Stan(remember Cadair Idris?), Jake (so pleased you’re back in the fray -how’s the cricket going?), Rowan (first horse riding lesson accomplished) and Maisie (have you reached the top yet?) and Richard also, (Happy V BIG Birthday),

Because the Wales Coast Path action is close to home I managed a day trip yesterday (Saturday) to resolve the dilemma caused by having to cross the River Dovey on the way to Aberystwyth. But  just in case this cunning plan went awry, Nobby was filled with all sorts of camping and hiking equipment so I could bale out any time

My options were to blag a lift across the river to Borth at Aberdovey or walk 12 miles inland to Machynlleth the nearest bridging point; and twelve miles back again to Borth.

I parked Nobby at Machynlleth Station -free!- with no particular plan other than leaving all options open. I took the train along with two carriages full of mature walkers doing the same thing, but was only one of few getting off at Tywyn (my last known walked destination on the Wales Coast Path) and headed for the beach and Aberdovey

At Machynlleth option of train to Tywyn or bus to Aberystwyth- the train won.

While Nobby stayed put in the free car park 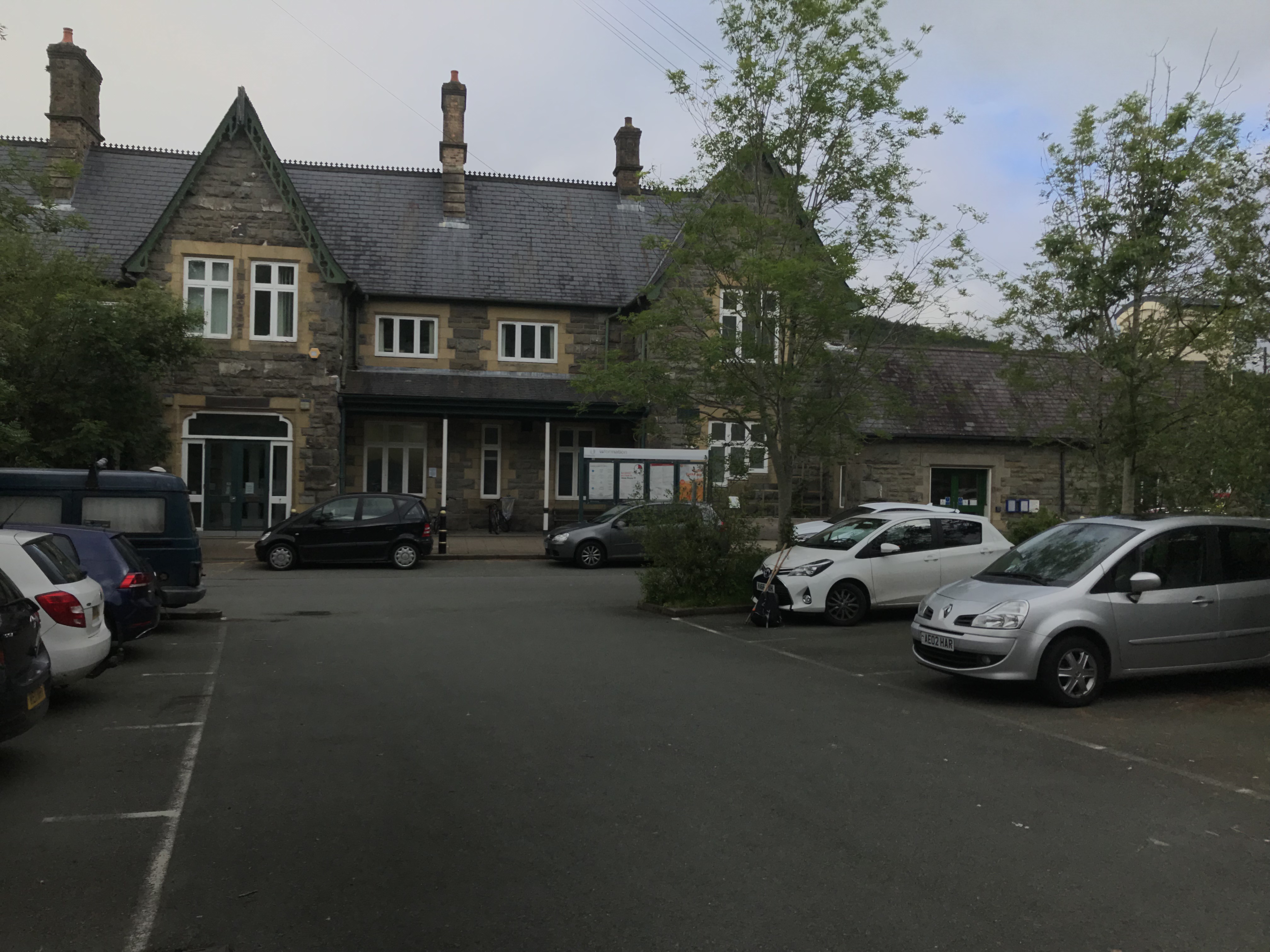 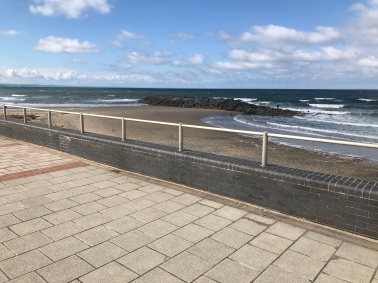 Stan will remember the prom and arcade, curiously closed today, maybe they thought he was coming to empty their coffers again…. 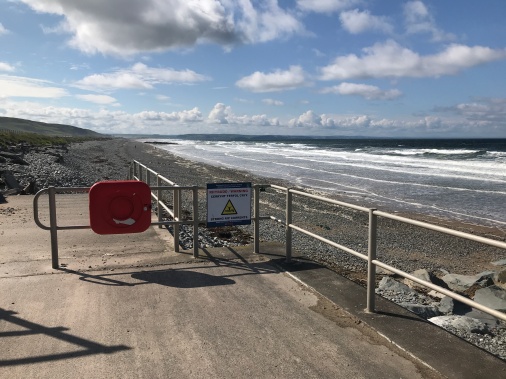 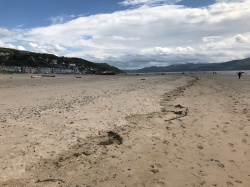 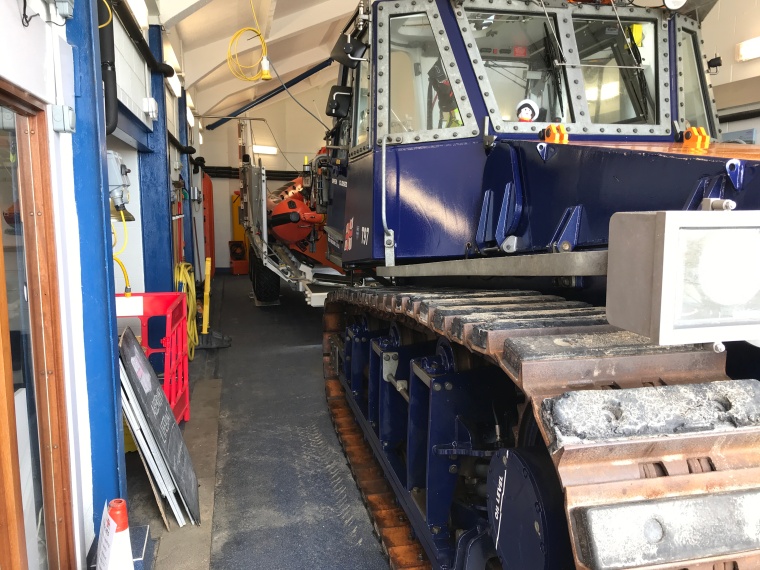 The city limits of Aberdovey were quite fish and crab orientated  but today with low tide just before 2pm and intermittent rain there were no fishermen or boatmen around to serve my need to cross the river at Aberdovey rather than walk an extra 24 miles inland detour via Machynlleth.

I approached some locals whose best advice was they had just seen a jet ski being launched, perhaps if I tracked it down I could blag a very wet crossing? But all was quiet – no irritating raucous racing engine noise – even though I would have temporarily displaced my aversion to these almost unnecessary machines.

A few minutes later, the last picture above depicts a broken down jet ski being revived on the beach / what’s the opposite of serendipity? Seems that idea never got off the ground! It would never float

The next twelve or so miles were unimportant to me as I headed inland. I had been unsuccessful in my attempts to get a lift across the Dovey at Aberdovey despite asking the RNLI Station, Outward Bound, the Harbourmasters Office, fishermen, the yacht club, charter fishing boats and any kids with a lilo or even an inflatable toy. .Here is a selection of the trip photos which for the most part followed the railway line and the main Aberdovey road to Machynlleth – with no footpath! And it rained and the off- road parts of the walk were poorly signed. 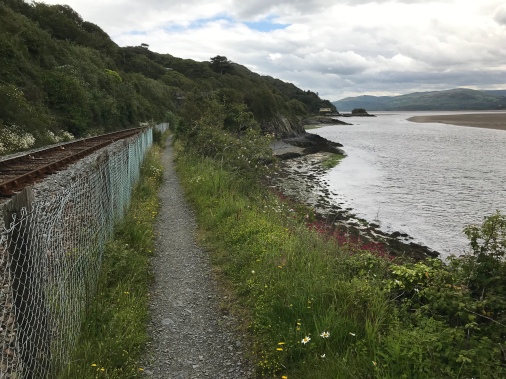 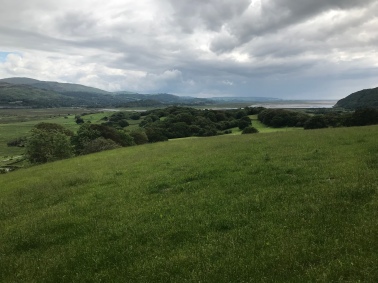 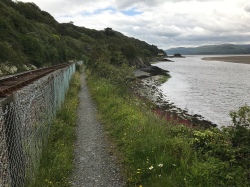 I was constantly changing into wet weather gear, sun gear, hi-viz gear and dodging traffic on the country lanes while searching for non existent waymarkers on this redundant bit of the Wales Coast Path.

At last I’ve reached the lowest bridging point of the River Dovey and I crossed and headed for Machynlleth Railway Station, Nobby and home after a slightly resentful walk inland away from my beloved coastline.

Next visit I will resume from this Machynlleth station heading along the south bank of the R Dovey to get back to the beach at Borth. I will then be back in position on the opposite bank of the River Aberdovey heading for victory for the north in the Crimson Worm stakes ….