Progress map below by courtesy of Ordnance Survey showing the north Wales Coast Path crimson worm back in its rightful place on the beach at Borth. Within striking distance of Aberystwyth. Still no reaction from the south crimson worm about 110 miles away, stuck at Abermawr

Yesterday, Tuesday, 18th June, v v early, I drove with Nobby to Machynlleth to complete the inland diversion around the Aberdovey estuary. Last trip I had already completed the north bank, Tywyn to  Machynlleth, and now I was hoping to finish the south bank counterpart of Borth to Machynlleth

I chose to catch the train from Machynlleth to Borth and walk the Wales Coast Path in reverse because the trains worked out nicely.w 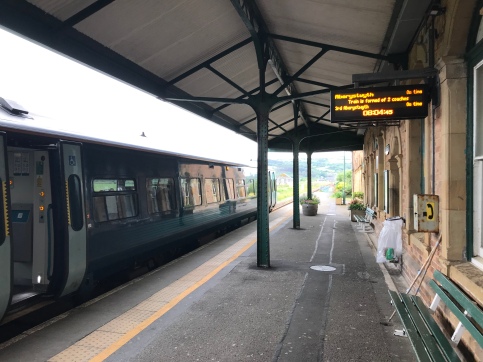 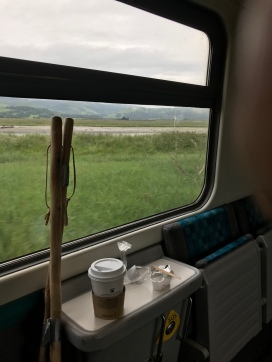 Even having time to breakfast on the train

– Barra brith and coffee before arriving at Borth below 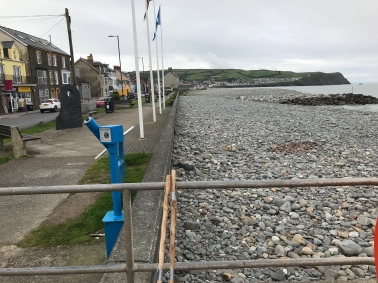 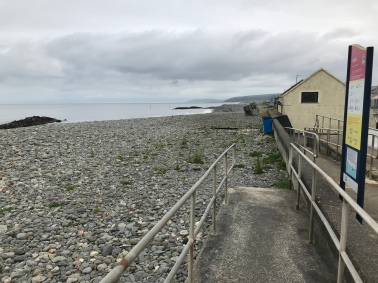 And now after filling my rucksack with snacks at the local grocer, I was ready to take on all day long the bogs, hills and forests which the train line had just skirted in twenty minutes. I only got lost once-

I missed a wooden finger post high up pointing almost back on myself; very easily spotted walking back though! 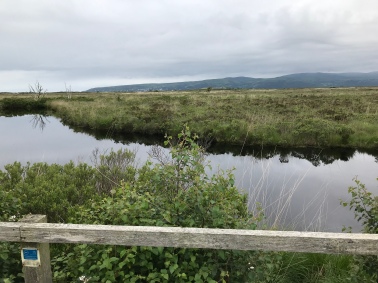 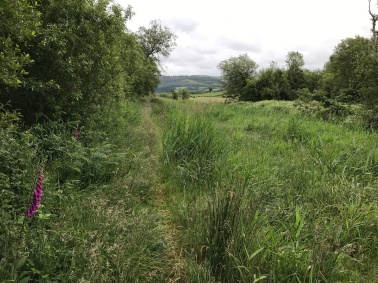 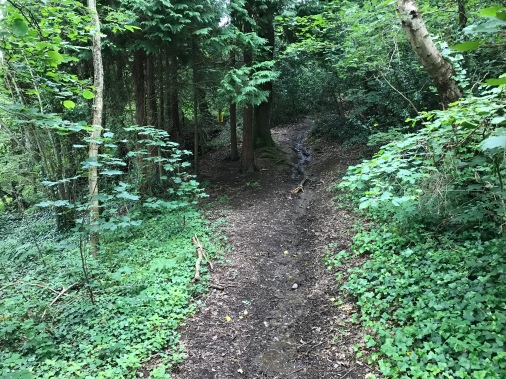 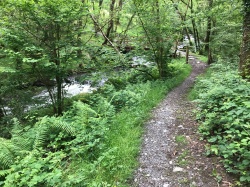 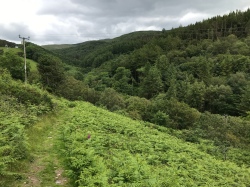 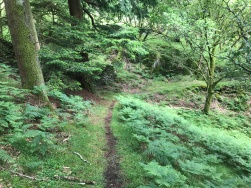 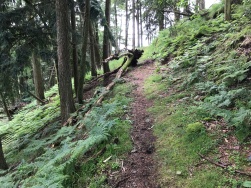 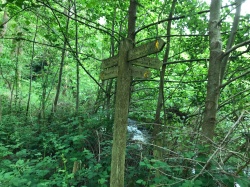 I don’t know what you were expecting but the above pictures are typical Wales Coast Path inland diversion- not much to sea?

Sorry  but I do navigate much better with the sea on my right…..  or left

but there were dramatic rivers below 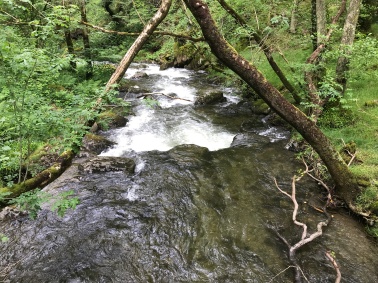 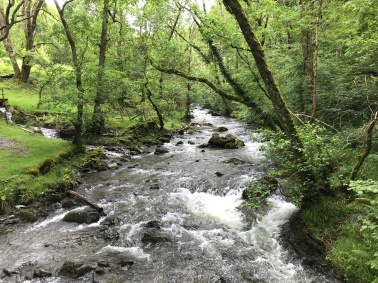 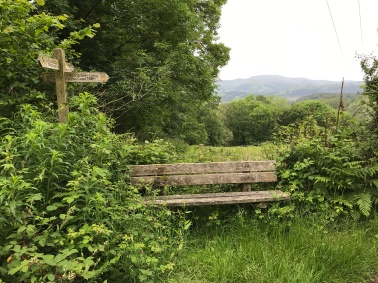 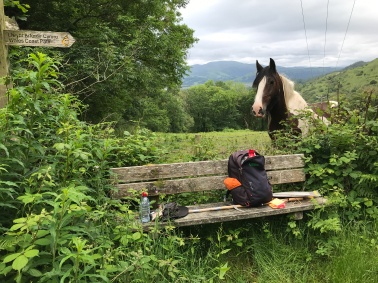 Did someone say  lunch?

After lunch and a very impressive display from my new friend who was so happy to see me, I realised my phone charge was getting low and reception wasn’t always guaranteed.

I opted for radio silence  to save power for any real emergencies and that meant no more pictures. My own personal batteries were going the same way, getting lost again was no longer allowed

After getting lost along the Afon Brwyno River I returned to charted territory at Caerhedyn and followed theLlyfnant Valley to the RiverRhisglog at Gelli Lydian where some serious tree felling made following the path more interesting until ……. 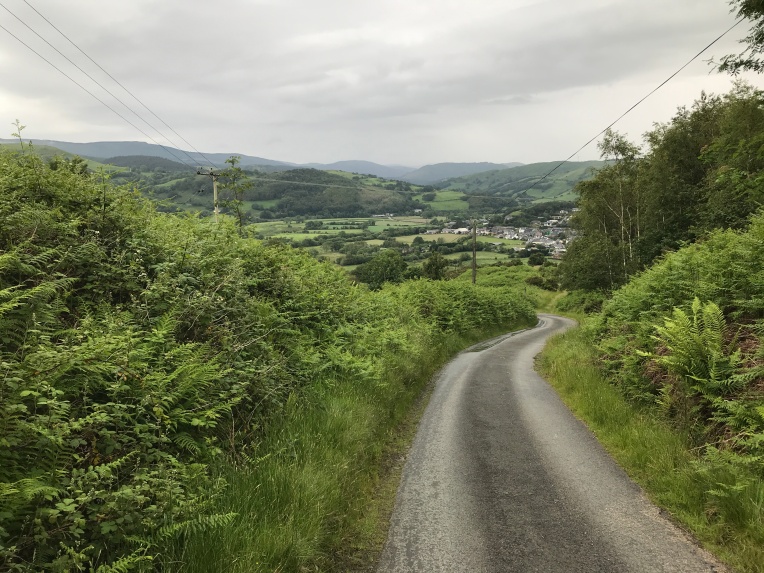 …….At last after a very long day, starting out at 6-30am Machynlleth came into view. The photo was timed at 5-10 pm. Laid out before me from my elevated position I could see the river bridge and the railway station a couple of miles away. Fortunately it was a downhill dawdle most of the way to Nobby parked at the railway station just after six thirty pm. Not even bothering with the flask of coffee he had been guarding all day, I hopped in and drove home by gone 8pm

But yes! once home if you were to look due West over our back fence, across the River Teme and beyond over the 😊Cambrian Mountains, that’s where I’ve been getting lost . No people. Just one horse.

Overall, a very satisfactory two (Saturday and Tuesday ) day’s walk despite the 36 mile diversion being mostly unnecessary if I could have forded the River Dovey at Aberdovey! The journey from Tywyn to Borth direct incidentally measures about 9 miles with no allowance for tides, currents, wind, tacking or calling in my investments in the RNLI! So the full effect of the diversion is about 27 miles extra.

l’m not bitter, just worn out. But I didn’t drown, I wasn’t swept out to sea and I didn’t succumb to quicksand