Progress Map – by courtesy of Ordnance Survey – At last, the Crimson Worms meet up at Aberystwyth. I have finished my circumnavigation of Wales  to add to that of England, which leaves me nowhere to go but Scotland  – before independence? 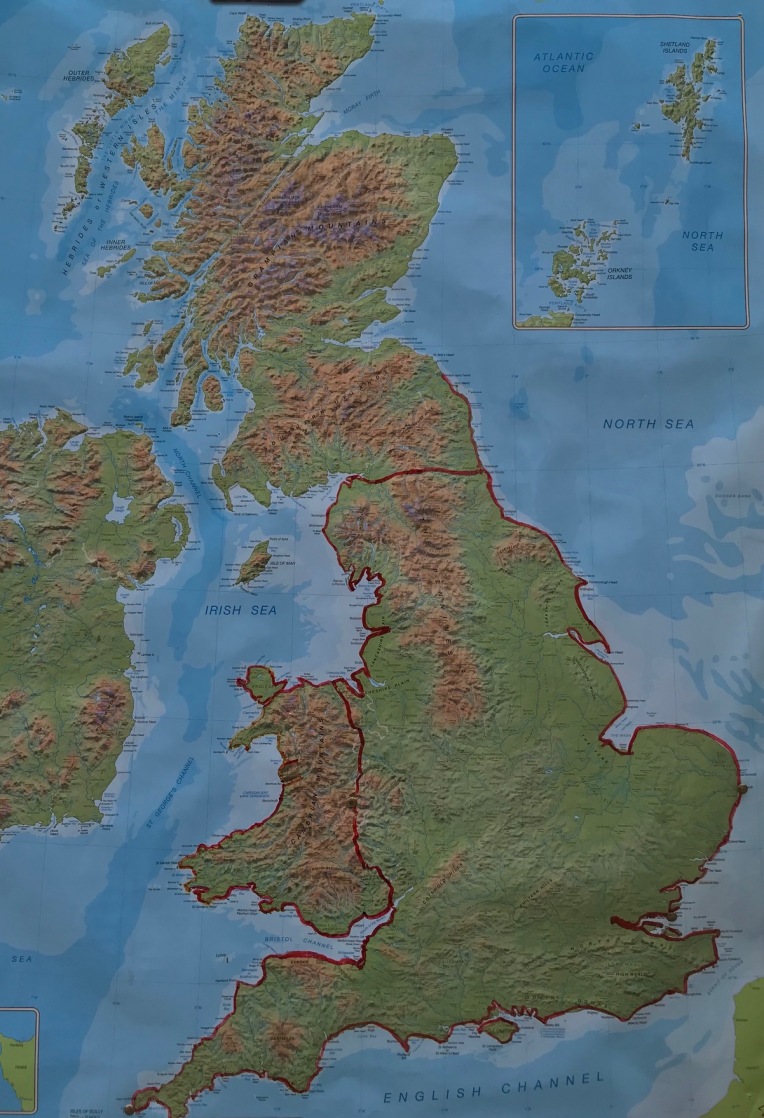 ….Thank you very much for turning up at Aberystwyth on Saturday and helping me cross the finish line of the Wales Coast Path. You have now walked some of the way round Wales and England and as such you qualify as cast of the Order of The Crimson Worm

You, more or less, walked, stumbled, slithered and slipped, the final five miles from Morfa Bychan to Aberystwyth and crossed the line with me. Some of that Path was quite daunting. Well done!

Here are the  best pictures of our walk and the celebrations afterwards.

In the beginning. Gathering Grandchildren at Morfa Bychan rendezvous prior to our mid morning stroll. Ignoring the grown ups – we have , left to right- Lauren, Rowan, Rosie behind Maisie, and Jake behind Stan. 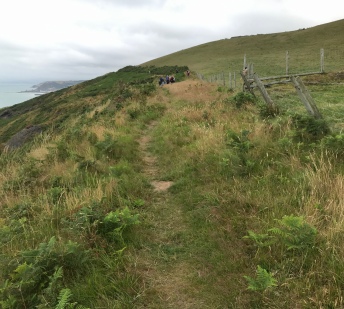 The cliffs are quite high  so it’s mainly down hill to Aberystwyth …..,

Richard’s view of things, more courageous than most😅 considering he doesn’t like heights

……Andy led the way down to sea level, where there are rock pools, stony beach and artistic stacks of stones 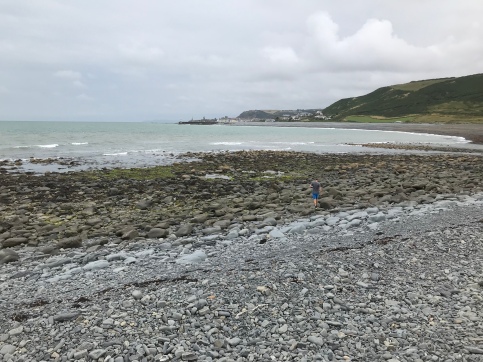 past the marina  and RNLI fund raiser on the opposite promenade

and then more refreshments; which duly turned into pile on Richard relieved to be back on terra firma.

…Frequent rests and a steady strolling pace still put new joints to the test and they weren’t found wanting. A wonderful effort from Big Sister Sue and Big Brother John. 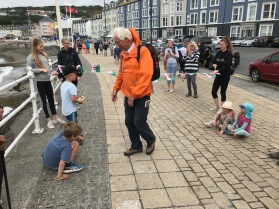 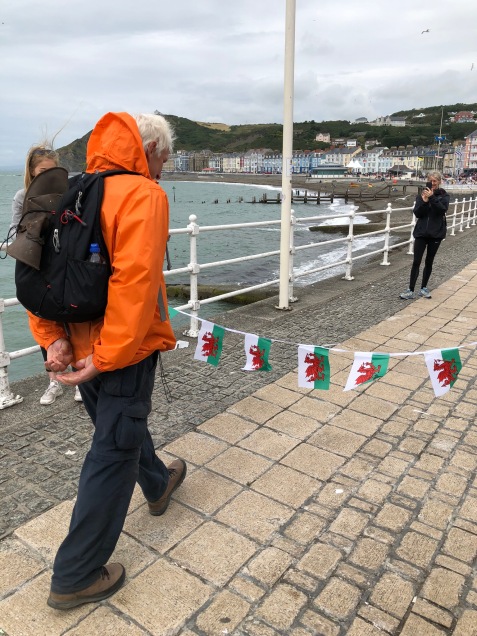 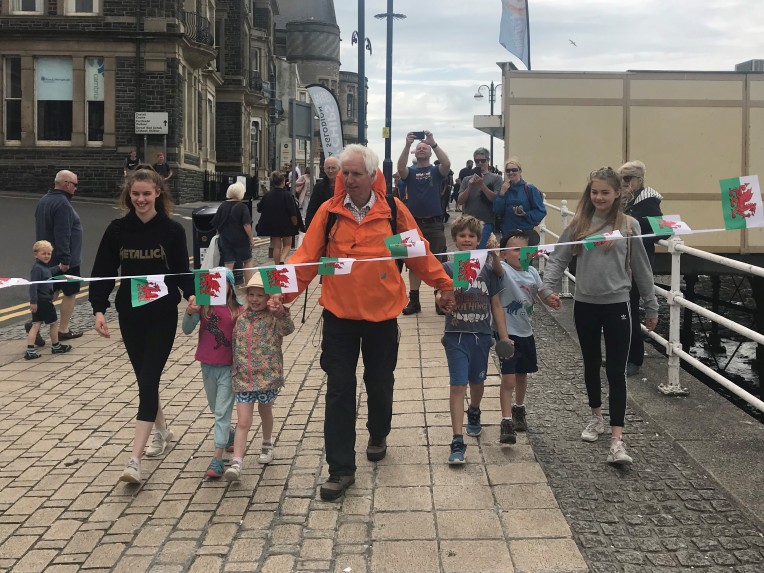 Best of the rest 👌please submit your photos for inclusion here 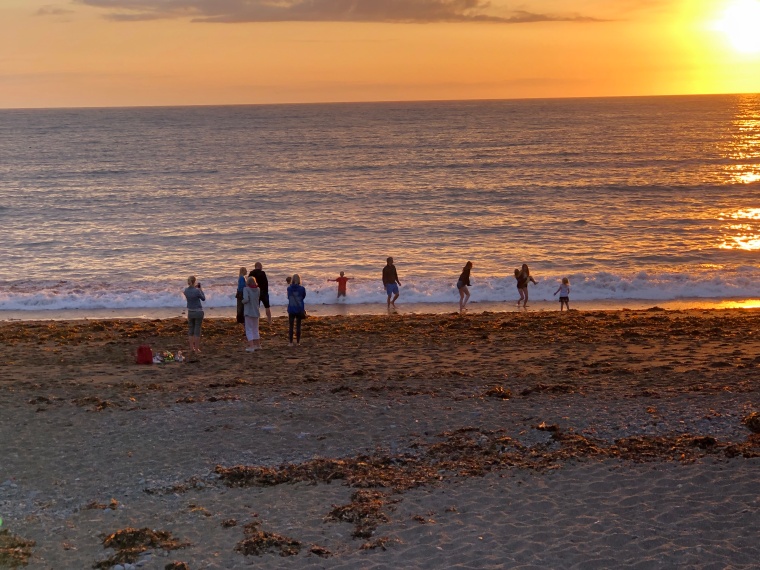 A glorious, peaceful sunset brought a fabulous day’s walking to a close. We adjourned to the pier indoors and celebrated… 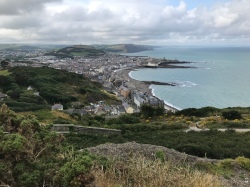 cliff railway photos…..above….. relaxing on the Sunday after

And finally in the aftermath on Saturday and Sunday survivors of the walk celebrated in Baravin and took off for the Cliff railway at one end of the prom and back to the other end of the prom for a personalised guided tour by Tim, of the RNLI  Boathouse where Christopher and Rosemarie presided over exchange of wealth for RNLI trinkets. My souvenirs cabinet is now complete for England and Wales…… although I do rather covet those yellow RNLI boots…..  size ten … 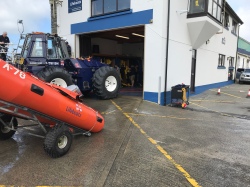 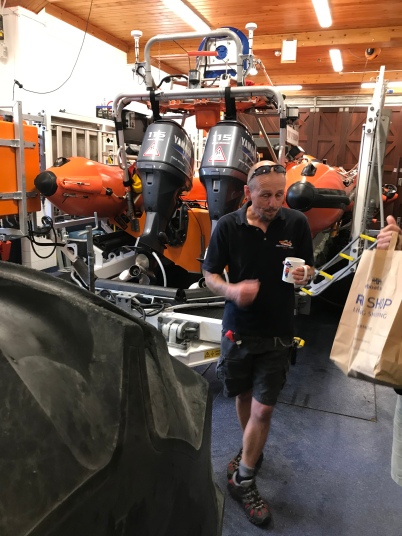 RNLI Tim gave us a wonderful impromptu lecture on every last detail of his rescue craft. For me it was a personal culmination of visiting most,if not all, the RNLI stations around the English and Welsh coasts and managed only ever to use their rescue facilities once, when I ran out of drinking water.

Head and foot massage; foreshore rescue team of Rowan and Maisie; in turn Maisie rescued from the waves by lifeguard Andy 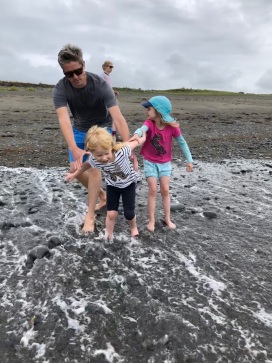 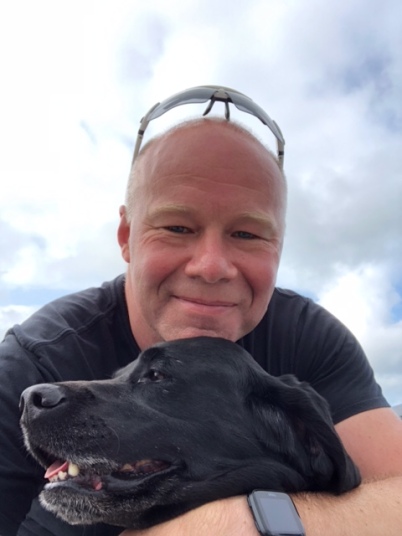 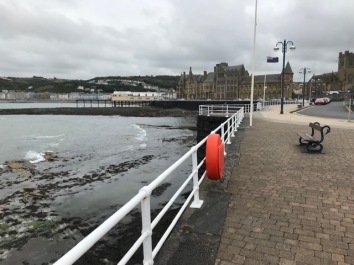 Richard meets Cassie – I foresee a new pet coming along? – promenade and sunset. 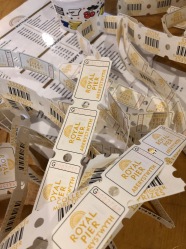 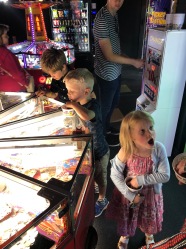 Even more pictures can be added anytime.

I apologise to everyone for not making a more gracious speech of thanks at the end of this second chapter of my walk round Britain. I really was quite speechless and overwhelmed by what was taking place. I can’t quite believe myself what I have done.

It is rather special.

Thank you everyone for your interest and sampling the flavour of my coastal walk. In particular special thanks and adulation must go to Marilyn for her excellent organisation. Without her detailed menu knowledge the meal at Baravin would have been a bun fight. The organisational success of the Finale days on Thursday, Friday, Saturday and Sunday were entirely due to Marilyn, my wonderful wife, and so I must now repay the debt by catching up on all the outstanding work and maintenance back home at The Mill.. No more walking for a while while I repay the debt with interest.

l must say that other than the above mentioned lack of home maintenance there have been no repercussions caused by my elongated walking.

I am hugely pleased that my body survived the tests and rigours I threw at it, in extremes of weathers and walking conditions. I recall a non-walk related self inflicted twisted knee sidelining me for three months, which excellent NHS physiotherapy resolved, but otherwise I can only think of one corn that gave me grief in all of this.

The only other grief was from Bruvver John who pointed out that my tummy would cross the finish line before me. Maybe he was right, but it did inspire me to lose a few pounds and as I gaze at my reduced navel, I think the finish was a dead heat.

I’m not too sure about that last apostrophe, nor the spelling and/nor the pronunciation. The more you study it the more one realises what a strange set of irregular rules we have governing our use of language. Anyway my final footnote is not to Flossie on about pedantic trivia, but to distribute rewards to those thoroughly deserving of them.

I long since realised that Marilyn has been an enormous influence on the resounding success of our joint escapade and as the walk rambled to ever nearer its completion I stepped up my search for a suitable momento and reward.

My tour has always been punctuated with convenient visits to junk shops, Bric a brac, brocante, fine art sales, curios, flea markets, car boots etc and resultant booty has been added to the ever growing museum of walking the coastline.

But,  although the perfect gift for Marilyn, continued to elude me and my growing odd sock fund, I had no doubt the correct specimen would eventually reveal itself probably aided and abetted by my ever lasting walking companion, Serendipity .

And it came to pass as we drove home after the finale in Aberystwyth, we called in at our own big smoke, Knighton just a few miles miles from home, parking under the clock tower , almost alongside Knighton Fine Art, run by near neighbours, Graham and Richard, one of the few local outlets that doesn’t serve coffee –  although, I suspect given a request, they probably would.

Can you see where this is going? I knew even before stepping inside that Serendipity was already present and the right gift for Marilyn was within reach.

I’m not too sure Graham fully understood my quest or my sock fund, (secretly pondering we’ve got a right one ‘ere) but it only took  him two attempts to find a watercolour of Little Haven, Pembrokeshire by R V Pitchforth RA no less and within minutes I was able to have the purchase approved by, and in the possession of The Accountant, accompanied by Fine Art instructions of Provenance and which way round to hang it.

Now you may say you disbelievers that’s just coincidental that the place you started the tour de Pays  de Galles many years ago, Tref y Clawd (Knighton) housed a painting of one of the more outstanding and memorable scenes of The Walk from the sixties, awaiting you at the finish.

So, is it also a coincidence that amongst the painter’s portfolio is also a similar seascape of Porthmadog Wharf, which has immediate family connections?

Not even spooky. Just serendipity.

You’ve got to believe or it doesn’t work……

Just one step at a time!